Almost every visitor to Japan tries the Shinkansen bullet trains at one point in their visit. Or at least a ride on the Tokyo's complex subway system. But the real beauty of Japan's comprehensive rail networks can be found where only the locals or die-hard rail fans take care to visit.

Good news - all of sights you see in the below photos can be visited as part of a simple daytrip from central Tokyo.

Are you intrested? Contact us for your fully customized rail plan. For those wanting to visit these places on their own, we can offer assistance in our trip planning assistance program.

Kominato Railway runs from the Goi station in the western side of Chiba Prefecture with Kazusa Nakano in the heart of the Boso Peninsula. Old stations, which have been left as it is for nearly 100 years make this area a popular destination for shooting commercials. They have recently begun to run a partly open-air train called Satoyama Torocco that runs mainly from Fridays to Sundays. The trains are pulled by a miniature replica steam engine, and run at a slow speed of 20km/h making it ideal to shoot photos and admire the rice fields and farmland along the way. 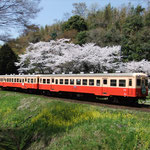 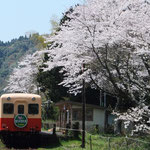 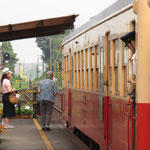 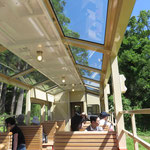 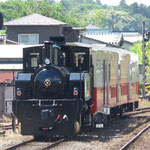 Isumi Railway connects the Kazusa Nakano station with Ohara, a coastal city along the Pacific on the eastern side of the Boso Peninsula. With a decreasing population, there has been constant talk of discontinuing the service, but the president of the company (a former manager at British Airways) has helped keep to the railway afloat by bringing in old diesel cars previously used on the JR networks and giving the entire area a nostalgic feel. 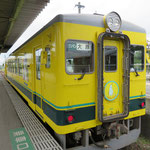 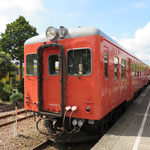 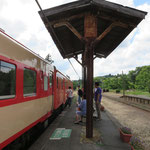 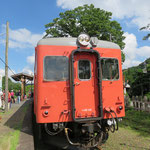 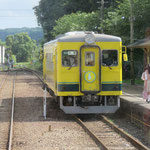 The Tsurumi Line on the JR Network is between Tokyo and Yokohama in an industrial zone overlooked by tourists. While the main purpose of the line is to serve as a way of commute for the workers at the many factories along the line, it is getting increased attention from locals wanting to experience something out of the ordinary close to home. The Kokudo Station appears as though the time has stopped at 1950. The Umisibaura Station is probably the closest station to the ocean in the entire country - the splashes will reach the platform on a windy day. It has a remarkable view of the bridges nearby of you can just watch the commercial vessels go by. Just be careful when visiting, there are very few services during the afternoon and on the weekends. 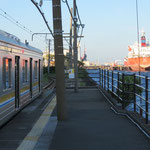 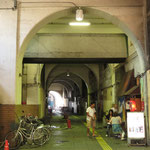 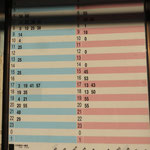 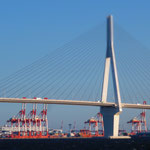 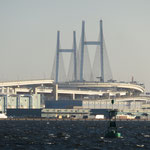